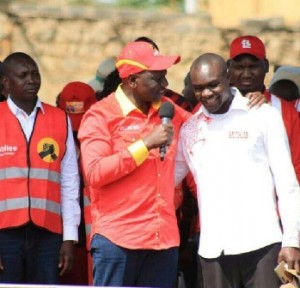 Samora Machel is the Chairman from Spodia Youth Group in Uasin Gishu county .The group was trained by CORE on road maintenance using Do-nou technology as a beginner in 2013 and as an advanced trainee group under MOFA Project in 2014 and later registered SAMCHEL COMPANY LTD. Samora was identified by CORE for KTC in 2015 after which he registered with NCA and secured a tender worth ksh.301,330 with the Ministry of Environment Uasin Gishu County to supply tree seedlings.

On April 2017, he ventured into Politics by vying for member of county assembly for Kimumu ward in Uasin Gishu under Jubilee Party ticket. His efforts made him emerge second after the Kimumu ward incumbent MCA Hon. Malel (current). On 1st August 2017, he was nominated by the Jubilee party as MCA on marginalized category Ethnicity.